Love the One You’re With (That’s You!) 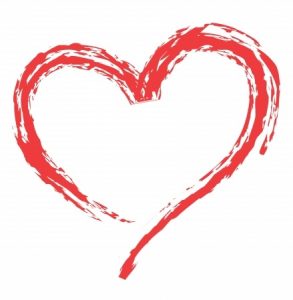 In the last few days I’ve had three clients declare that they’re done with selling themselves short. While the same themes always come up with my clients, I’m not sure I’ve ever heard the exact same words in such a short timeframe.

Add to the mix that exactly four years ago I wrote an article on the exact same topic, I decided the universe was sending me a message. Clearly, this is an article that bears repeating :-).

When I first sat down to write this article, Valentine’s Day wasn’t anywhere on my radar screen. Even if it had been, it wouldn’t have seemed relevant, because I’d already picked my topic: Don’t sell yourself short.

In the words of Tina Turner, what’s love got to do with it?

But then I started writing, and realized that love has everything to do with it.

To confidently and authentically take a stand for yourself, you have to believe you deserve it. And that takes some serious self-love.

You’re up against powerful forces trying to get you to sell yourself short.

Those forces aren’t part of an evil empire. They’re the part of you that says:

My friend Courtney just vanquished those forces with love :-).

She took a bold, courageous stand for herself over a recent job offer.

Courtney’s early in her career and between full-time jobs. So this job offer was a big deal.

The position had the potential to be a great learning opportunity and resume-builder. But it also came with long hours, compensation that felt unfair to her, and some red flags about the company’s culture.

And that meant believing in – and loving – herself enough to step around, through, and over “I can’t or don’t dare ask, what if they get mad, who am I to ask for more, and what will they think?

Yes, it was uncomfortable. And scary.

But saying “yes” to a job she felt was underpaid would be selling herself short.  So she showered herself with love and asked for more money.

She was blown off with a terse reply of, “Take it or leave it.”

Did I mention bold and courageous?!

She emailed me after she made the decision to turn down the job.

“I have your thought about not selling myself short ringing in my ears. I think I’d been molding the job in my mind to make it seem like a good fit, but I really don’t think it is. I feel quite confident that turning down the job is the right choice even though along the way I was full of doubt.”

Courtney is seriously committed to being successful and happy. She deserves both. And she chose to take a stand for herself.

Next time those powerful nay-saying forces show up and tempt you to sell yourself short, remember that you have something far more potent.

Here’s what the self-loving part of you knows, even in the midst of doubt:

When you take a stand for yourself, you send a message to yourself AND to the universe that you are worth it.

And that’s a fabulous way to shower yourself with love.

“If your definition of success has little or no love in it, get yourself a new definition.” ~ Dr. Robert Holden